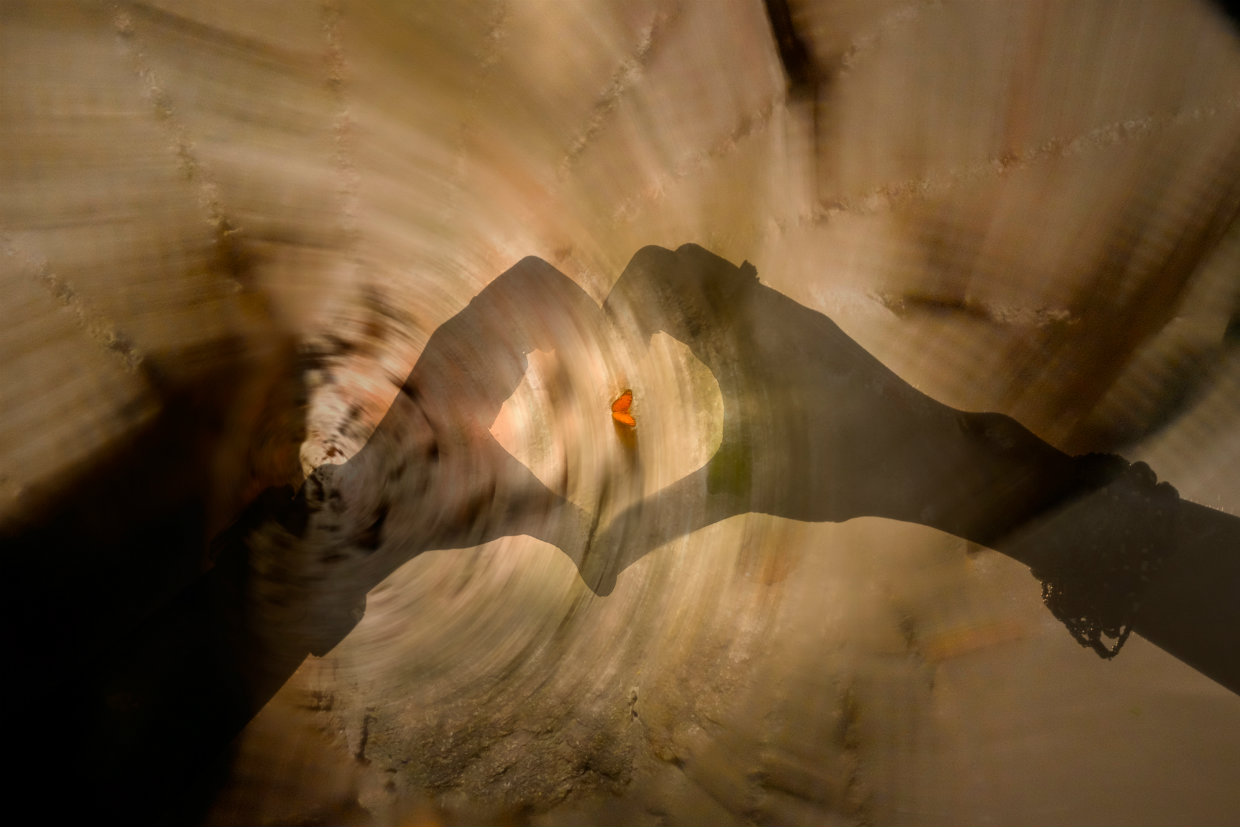 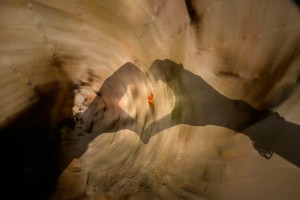 Bullying, tragically, is an everyday phenomenon in schools, homes, and the workplace, yet it is widely misunderstood. In the workplace, bullying and harassment cost the Australian economy over 10 billion dollars per year. This amount does not cover the hidden costs of replacing those who leave as a result of psychological injuries and the hiring and training of replacement employees. For adults and teenagers but in particular for children the short term and long term effects of bullying include sadness, despair, stress, anxiety, destruction of trust, truancy, depression, and poor academic performance.

Victims may also suffer increased aggression, relationship and friendship difficulties, poor self esteem, which may lead in the very worst case scenario to the introduction of self harm behaviours, suicidal and homicidal thoughts and action. This litany of destruction is something that the community and society cannot afford to leave unaddressed at any level.

Bullying can be a one off event or occur repeatedly. The severity of the bullying and frequency can make the outcome more damaging. Research into bullying – both of the bully and the one targeted by the bully indicates the significant potential for severe psychological, social and mental health problems, which may well have a detrimental effect on wellbeing, social and employment success.

What is often overlooked in the bullying scene is the third participant known as the bystander. In the schoolyard, bullies will only do what bystanders allow. In the workplace staff may feel intimidated or afraid to act. Quite often the actions of the workplace bully are done more covertly, and may happen behind closed doors. According to the Workplace Bullying Institute, women are at greater risk of becoming the target of bullying male behaviour. However, when the bully is a woman, it is more likely that her target will be a woman as well.

What does bullying include?

What more do we know about bullying?

Myth: Bullies come from a background of abuse.

Long term research and studies of young children who experienced abuse in preschool show that they become victims – not bullies – who have little control over their emotions.

Myth: Bullies strive for power because they feel powerless.

Bullies use aggression in a premeditated, calculated, dominating way to ensure they get what they want, and in most cases this works. A vast number of children experiment with power tactics early in their childhood years but relinquish such strategies in their adolescence.

Myth: The best way to deal with a bully is to fight back.

Physically confronting a bully is strategically placing oneself in the weaker position and encourages the bully to continue. By being assertive and walking away the confrontation and potential for aggression is reduced significantly.

Myth: Bullying is a problem for schools, families and workplaces to solve.

Bullying is a societal problem and must be dealt with proactively to ensure inappropriate behaviours are addressed sooner rather than later so that anti-social patterns are not reinforced.

Cyber bullying is a flow on of local peer group dynamics and pressure using a medium that is readily accessible and reaches a broad audience. Think of it as text messages rather than wedgies. Most at risk are those who are isolated and lonely and use the internet as their primary source of communication.

Before the matter gets out of hand or the bullying becomes an established pattern, report the matter to a person in authority – senior management, workplace union representative, teacher, principal, parent or friend.

Plan for action by learning all you can about bullying, post traumatic stress disorder and specific types of bullying. Seek legal advice if needed and check out the laws relating to bullying and harassment.

Keep a journal of incidents, conversations, allegations, criticisms, dates and document what action was taken and by whom. Keep a copy of letters, memos, emails, anything that will support your case. Look for a pattern of incidents – bullies usually apply similar tactics that have proven to be effective over time.

Obtain a copy of the employer’s, or school’s anti bullying and harassment policy. If you are denied a copy then seek legal, union, or department advice on the matter.

Do not under estimate the bully’s capacity to deceive and manipulate colleagues, parents, peers, persons in authority.

Speak to the offender about how you feel and request they stop. If they appear menacing, stand up straight and say ‘leave me alone.’ Hold your hand out and say ‘stop it.’ Move away to a crowded area where you can be safe.

Stay calm.   If the situation is within the family home seek refuge in a place where you will be safe from harm. It is most important to have a contingency plan.

“No one can make you feel inferior without your consent.” – Eleanor Roosevelt

Arrange a meeting with the person and have another (third) party present. In the case of meeting at a school, have the teacher, principal, offending party, as well as an advocate to assist. Ensure all documentation is presented including a copy of current legislation/legal directives on bullying and harassment.

If a doctor or specialist has assisted you with medical advice, medications, and completed reports of psychological, physical and emotional ramifications as a result of the bullying, ensure that copies are provided at the time of meeting with the other party or seeking redress.

Often the victim/survivor of bullying is made to feel shame, embarrassment, guilt and fear. This is a very normal reaction, although misplaced and inappropriate. Tactics of control include instilling guilt and fear in the victim.

By using such strategies all abusers, including child sex abusers, control and silence their victims.

It is conservatively estimated that one person in thirty is a serial bully who exhibits sociopathic traits. This is most evident in the workplace. It is important to be able to recognise and see the disordered personality behind the mask. The serial bully has a completely different mindset and will not change – except to hone their skills of deception, manipulation and evasion of accountability.

As stated previously, record everything in writing. It is important that   correspondence include substantive and quantifiable evidence.  Quite often the bully’s criticisms and allegations are founded on distortion, blame and fabrication. In other words they are an opinion or fabrication on the part of the bully for the purpose of control.

Bullies separate and isolate their target and may go so far as to cause conflict and division within the victim’s circle of friends, family or colleagues. Often the bully will play on their vulnerabilities. You may see your colleagues or school friends distance themselves or simply melt away because they are frightened to be the next target of the bully.

Those who are targeted by bullies often have to educate those who are or should be supporting them. Information on how to do this is available on the internet. Try Bully Online

In cases of sickness, absence or ill-health due to stress as a result of the actions of a bully, record it in the accident or incident book. This ensures that the bullying is officially registered and logged. Inform the school principal or employer in writing that a person’s bullying behaviour has resulted in     physical or mental health concerns. Should victimization occur as a result of this course of action, consult a lawyer.

If the bully makes unwarranted criticisms in public or it appears on record, it may require a solicitor’s letter to the bully pointing out that they and their actions are subject to the laws of libel, slander and defamation of character.

There are common emotions and feelings that come about as a result of bullying. These may include..

The serial bully at work is a serial bully at home and in the community. The objectives of the bully are power, control, domination and submission. The means employed include disempowerment, manipulation, isolation, ritual humiliation and constant denial of being accountable in any way.

Additionally control is maintained over finances, movements of the victim, enforced isolation, the choice of friends, and employment. Disempowerment is the ultimate goal.

Bullying and domestic violence are related and often when experienced in the home go unreported. It comes as no surprise that recent studies have identified the link between violence and bullying. Children exposed to violence in the home engage in higher levels of physical bullying outside the home. These children learn negative behaviours from seeing what their primary care givers do and how they interact. Other experts view these children as victims acting out by physical and psychological means as a form of defence.

Strategies against bullying may include…

So often partners, employees, or children blame themselves when they are the target of bullying. They falsely believe they must have done something wrong to incur the wrath of the bully. Bullying is a choice made by the bully and society must enforce the stance that morally, legally and socially it is not acceptable and will not be tolerated. For every action there is a consequence.

“Courage is not the absence of fear, but rather the judgement that something else is more important.” – Ambrose Hollingworth Redmoon

“If you don’t have a hero be your own hero.”